5th White had an exciting, albeit long, Sunday in East Ridge this past weekend. Starting at 8:00 AM, they handled business with a Lakeville North team, beating them 26-18. The next game didn't go so well, losing to the eventual champ Jefferson, 10-30. Taking time to regroup, they came back and trounced the Minneapolis Lakers by a score of 30-14 to set up the showdown with Edina. In a thrilling finish, our girls hung in there for a two point victory, securing the Consolation Championship, 22-20. Congratulations on your 3-1 weekend! 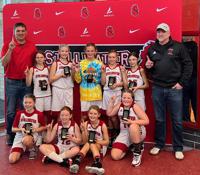 5th White is on a roll! After going 3-1 the previous weekend, our girls came into the home tournament fired up. They took on cross town rivals St. Croix Prep and walked away with a 12-point victory. Stillwater widened its point differential by holding Mahtomedi to a lonely basket in each half, defeating the Zephyrs, 20-4. In the Championship game,  our Ponies tightened the noose by holding Elk River to a lowly 3 points! Alexa Truax led the way in scoring, but it was a tough defense by the entire team that won out on the day. Congratulations, Ladies! 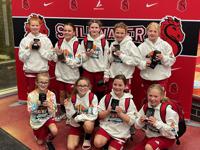 What a weekend for the 2029 Red team. In the opening game of their home tournament, Stillwater demolished White Bear, 40-3. That was the end of the easy games. In their next game, Stillwater battled Hastings and the game went down to the wire with our girls pulling out the 2-point victory. However, the real thrills started with championship game against Rosemount. Neither team able to knock out the other, and the clock ran out with the teams tied. Unfortunately for our Ponies, the Irish were able to get the go-ahead basket in the overtime period and hung on to win. That was a heck of a game and one they should be proud of. Awesome effort, Ladies! 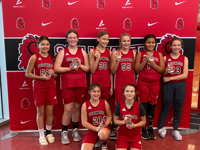 2028 Red played a good round of games in their home tournament this weekend placing second overall. In the first game, our girls were evenly matched with a good Rosemount Irish team and the game held pretty close through the first 3/4 of the game. Eventually, Red pulled away with a 7-point victory. In the second game, Stillwater was able to easily handle the Bears of White Bear Lake, 33-10. In the championship game, the Ponies fell against a very good and very tough Delano team. Overall, a very good tourney for our girls.

Addie Easton led the way in scoring while Sofia Navin had the most steals. Erin MacLennan and Hadley Kennedy controlled the boards. Great weekend, Ladies! 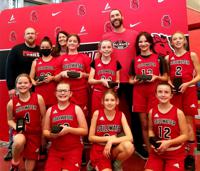 An evenly balanced bracket proved to be a good thing for White this past weekend as they got to take home 2nd place honors. They held off a quick East Ridge team in the opening game with some really good defense. They had a tough time dealing with the height and dropped the second game to eventual champ St. Croix Prep. In the third and final game, our girls pulled out ahead of Elk River and kept them from ever taking the lead, pulling out the 4-point victory. Overall, Johanna Nickleby led the team in scoring but got help on that front as Mackenzie Lammie and Olivia Wilmes also scored a bunch. It was great tournament for our Ponies! Congratulations, Ladies! 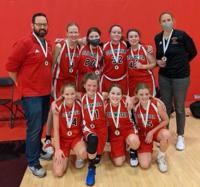 Lots of scoring and lots of running defined 7th Red's tournament this past weekend as they came home with 3rd place honors. They started the weekend by demolishing Cottage Grove, 35-8 as the Wolfpack had no answer to the Ponies balanced attack. The second game was a different affair however as Stillwater, plagued with fouls, couldn't stop the Hastings Raiders and lost, 24-31. With no rest between games, our girls jumped back on the court against Elk River determined to succeed and came away with a 17-point victory. For the weekend, Mackenzie Zrust led the way in scoring with Mia Fredericks and Maddy Hardtke also pouring double-digit points. Congratulations, team!

8 Black started a little slow this past weekend, but really picked up the pace as the weekend went on. In their opening game Saturday morning, they spotted East Ridge a 3-point lead by halftime. After they came out of the half, it was all Ponies as they held the Raptors to just 8 points and cruised to a 31-22 win. In the second game, it was all Stillwater as the Cougars of Lakeville South had no answer as our girls win, 36-20. They ran out of steam in the final game against rival Forest Lake, losing 39-27 as the balanced attack of the Rangers proved too much. For the tournament, Marit Wolden led the team with 19 points and Addi Bergstad contributed another 16. Congratulations, Ladies! Well done!

7th Black put together their best tournament of the year to bring home the gold. It was a dominating performance for a team that was due. Black opened against Rogers and cruised to a 28-15 win. Their second opponent didn't fare much better as Centennial fell to the mighty Ponies, 34-16. However, our girls saved their best for last. In the championship game, they easily defeated Anoka-Ramsey, 41-10. Congratulations on the win, Ladies! 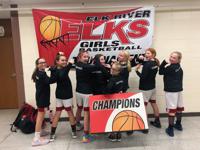 5th Red rode a balanced attack and tough defense to earn their first championship trophy this season. In the first game, Red came out and cruised to a 13-point victory over host Elk River. In the second game, STMA held the Ponies under 20 points, but Red's defense won out giving our girls the victory, 19-14. In the championship game, Stillwater faced a Mounds View team that averaged 34 points a game but the Ponies held them to just 15 points!

In other news, this same team also won the free throw contest for the Elk River tournament. What a great weekend! Double congratulations, Red! 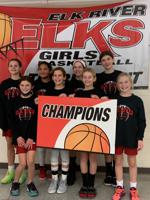 5th Black wins it all in Elk River tournament. Sure it was a long trip early in the morning, but it was worth it. The Ponies had little trouble in the 8:00 AM game, easily defeating Centennial, 40-14. Next up was Anoke-Ramsey, who gave our girls a tougher game before they pulled ahead for the win, 35-20. In the final game, Minnetonka hung in for a short while before the Ponies took over for the win. Final score, 29-15. What a great weekend, Ladies! Congratulations!! 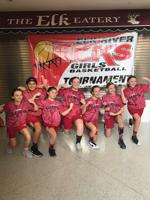 Another tournament, another decent showing by 6th Red. Their first opponent was STMA. This is the third time they've faced each other and that familiarity showed in this close battle. Our girls prevailed at the end of a nail biter, 29-26. OMGBA - the eventual champs - couldn't miss a shot (including 7 3-pointers) and ran the score up on us, 22-58. It was back to business against Rogers in the final game. Coming out of halftime with a 15-12 lead, our girls held Rogers scoreless until deep into the second half. That allowed the Ponies to pull away for the win, 31-19. Great job, Ladies! 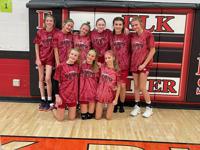 8th Black has been battling hard this season and Elk River was no exception. In a great opening game, Black went down to the wire to get the win, 43-41 over Monticello. In another tough game, our Ponies took on Minnetonka and earned a 6-point win, 41-35. The ride came to a halt in the championship game, however.  The game was a back-and-forth affair for most of the game, but host Elk River eventually pulled out front and took the title, 36-45 in the late night game. Congratulations, Ponies! 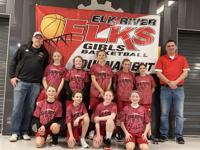 Another great showing by the 5th White team, this time in Elk River. Stillwater opened its weekend against Rogers and got a real nice 23-16 win. However, their next opponent - Osseo-Maple Grove - proved to be too much for our girls as the Ponies fell, 11-31 to the eventual champion. Not wanting to end badly, Stillwater game out tough and held Mounds View to just 6 points, running away with 3rd place honors. 5th White is now 8-2 in their last three tournaments. Great job, Ladies!!