Brackets can be found here. Good luck and have a GREAT tournament! 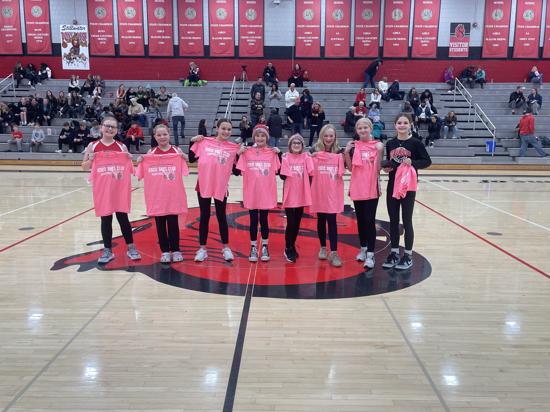 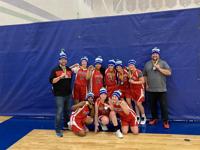 What a weekend for 2027 Red! First up was Mendota Heights and was about as evenly balanced game as a fan could hope for. 13 lead changes and overtime wasn't enough, this game went to SUDDEN DEATH OT! With 2 minutes left, Red held a 6-point lead when Mendota converted on a free throw and then hit a 2-pointer. With 10 seconds left, they hit a 3-pointer to tie and Red's half-court shot fell short. In the first OT round, neither team scored and with the buzzer, it was on to sudden death. Taking the tipoff and running down the court to secure the win, the shot was missed. That was followed up by not 1, not 2, not 3, but 5 offensive boards and with the 5th, Emma Kaske drained the put back for the win!

Next up was Waconia who lost their first game by 10. Despite that, they played Red tough with 5 lead changes and a 1-point lead going into halftime. That's when Red decided the game was theirs. Coming out of the half, Stillwater went on an 11-0 run taking advantage of fastbreak opportunities and staking a 10-point lead. Scoring from that point went back and forth, but the damage had been done and the Ponies walked away with the win, 29-17.

The final game featured 2-0 Stillwater vs. 2-0 Eden Prairie for the championship. In the first 5 minutes, each team tried to get a sense of how the other played and the game was knotted up at 6-6. That's when Red pounced and they finished the first half on another 11-0 run, going into the break, up 17-6. Katie Lunan opened scoring in the 2nd half with 3 straight baskets and our Ponies never looked back, cruising to a 28-13 win and taking home the 1st place hardware!

Stillwater Girls Basketball is once again challenging all players to track their shots made over the summer.

Check out this video for an example of great shooting form!

New COVID Guidelines from the MYAS

The MYAS has released new COVID guidelines that we as a member organization have been asked to follow. Please read through as soon as possible. Contact Allison Peper if you have any questions.

For any HS basketball related activity go to the High School (Varsity) section of this site.

Get to know Stillwater Girls Basketball